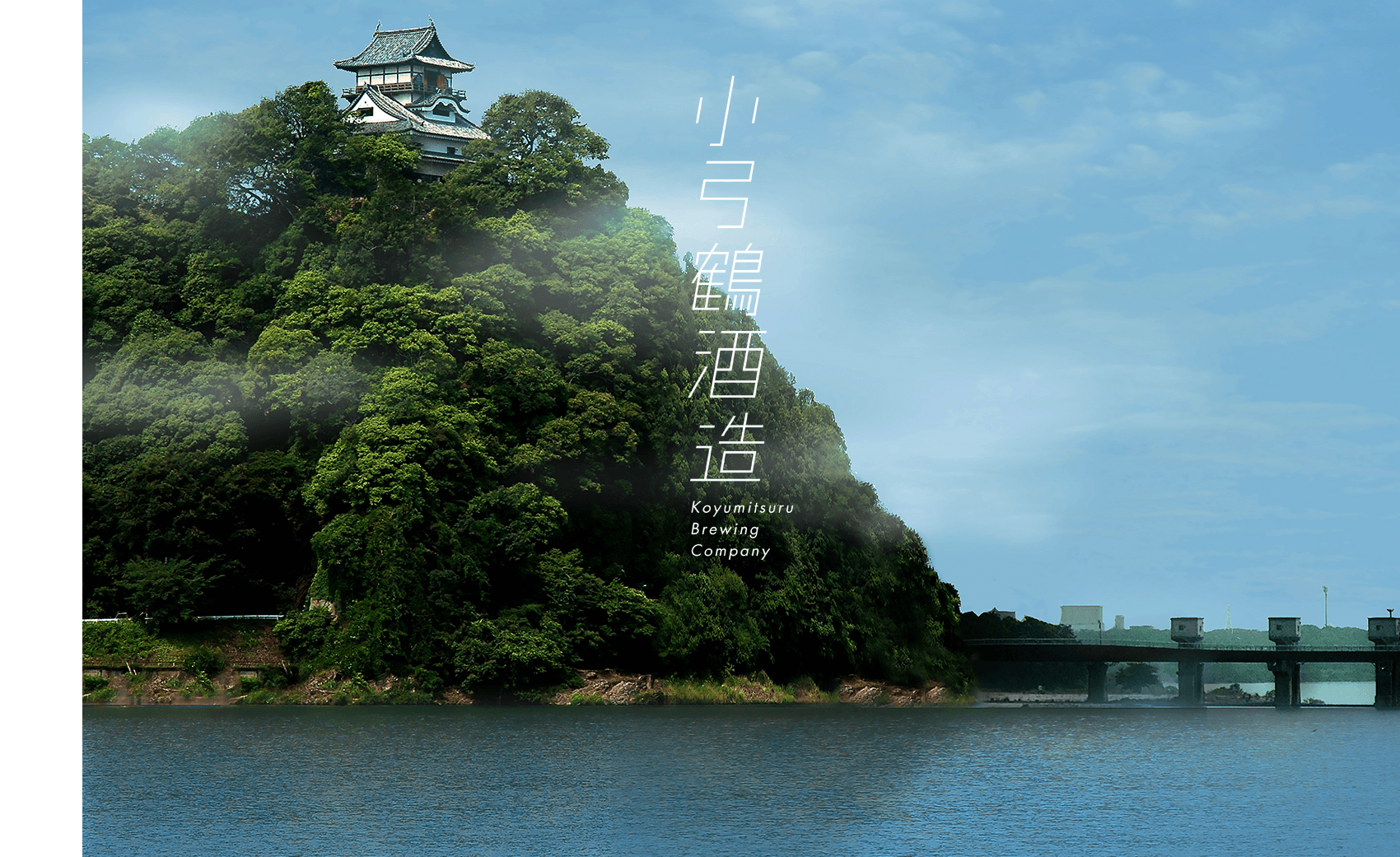 "Koyumitsuru" was born in Haguro in Inuyama, which is known for lots of green and water thanks to the Kisogawa River.
In 1848, the late Edo period, Shinemon Yoshino, a village headman, started sake brewing with abundant pure water, and was officially certified by Owari clan.

The brewery was named "Koyumitsuru" after the name of it's place "Koyumi no syou".
There used to be more than 10 breweries before, but as time passed, only 3 breweries had remain.
"Koyumitsuru" is one of them, and after getting over difficulties, its original tastes have been passed down since the Edo period.
Today "Inuyama Lorelei Beer" brewery stands on the site and the storefront building is modern in appearance.

(The photo shows)the scene of the brewery in about 1990 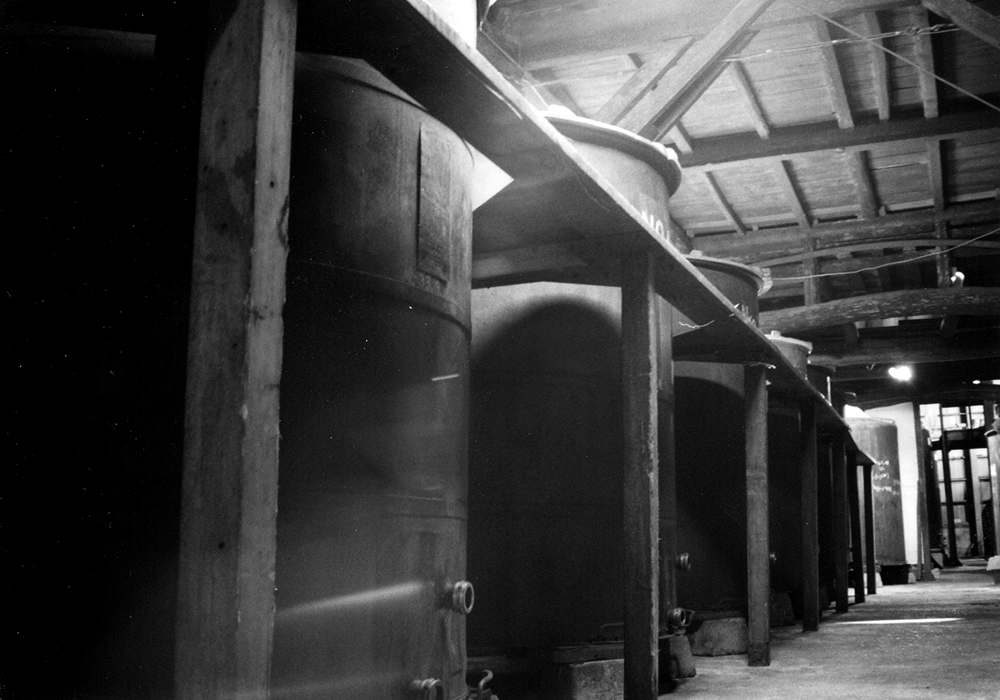 After a great deal of trial and error, he laid down some in the special tank for maturing every year since 1986. Although a fire in 2006 burned most of the sake cellars, some well-aged sake miraculously survived the blaze. Please enjoy it's mellow rich taste and the amber color unique to the long-term aged sake.

We make new brews every year with great care in traditional way to offer our customers the rich, robust and sharp taste of "Koyumituru". 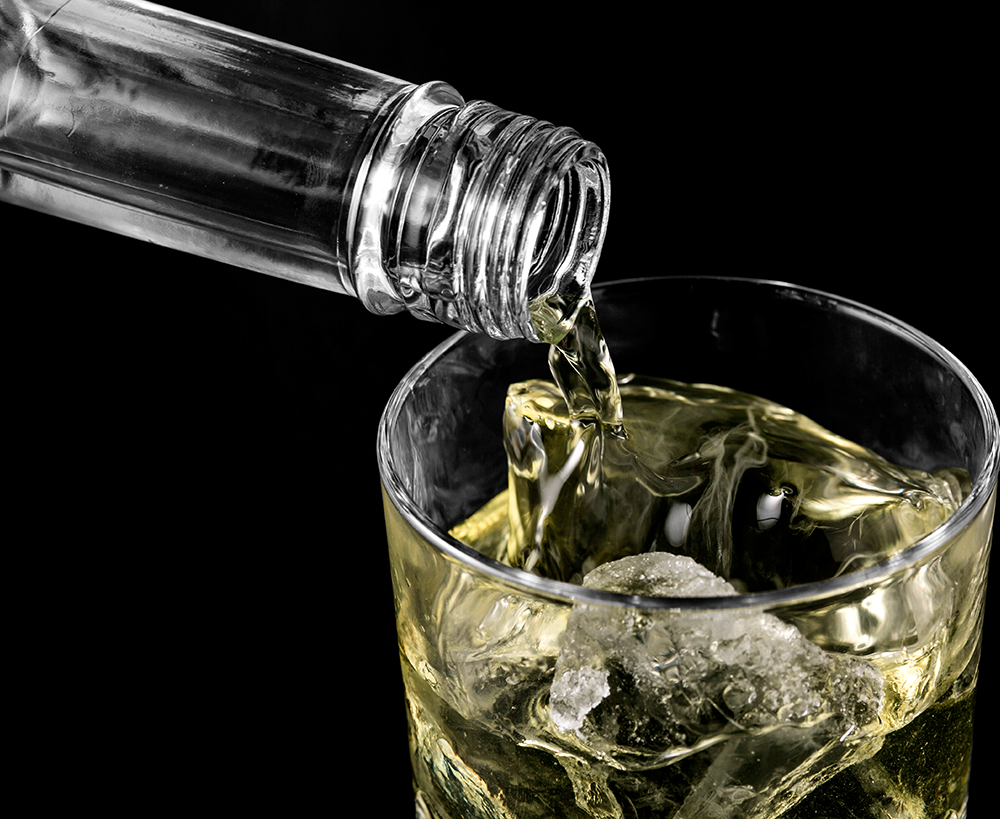 We would like to carry on a tradition and also be a pioneer.
In 1998 we launched a new project, craft beer brewing.
Searching for a genuine manufacturing process, we studied under a Braumeister, Ms. Nadia Becker.

Inuyama city forms a friendship with St.Goarshausen, which is famous for it's Lorelei Legend, so we named the new beer "Inuyama Lorelei Beer".
It is made from German malt, German hops and Kisogawa natural water for brewing.
It is non filtered and non pasteurized, so you can enjoy the original flavor of beer.

Lorelei is a rock in the Rhine and in German legend Siren there lured sailors into the Rhine.
A lot of poetry, songs and operas were made on it.
We hope our customer will spend a captivating delightful hour with "Inuyama Lorelei Beer". 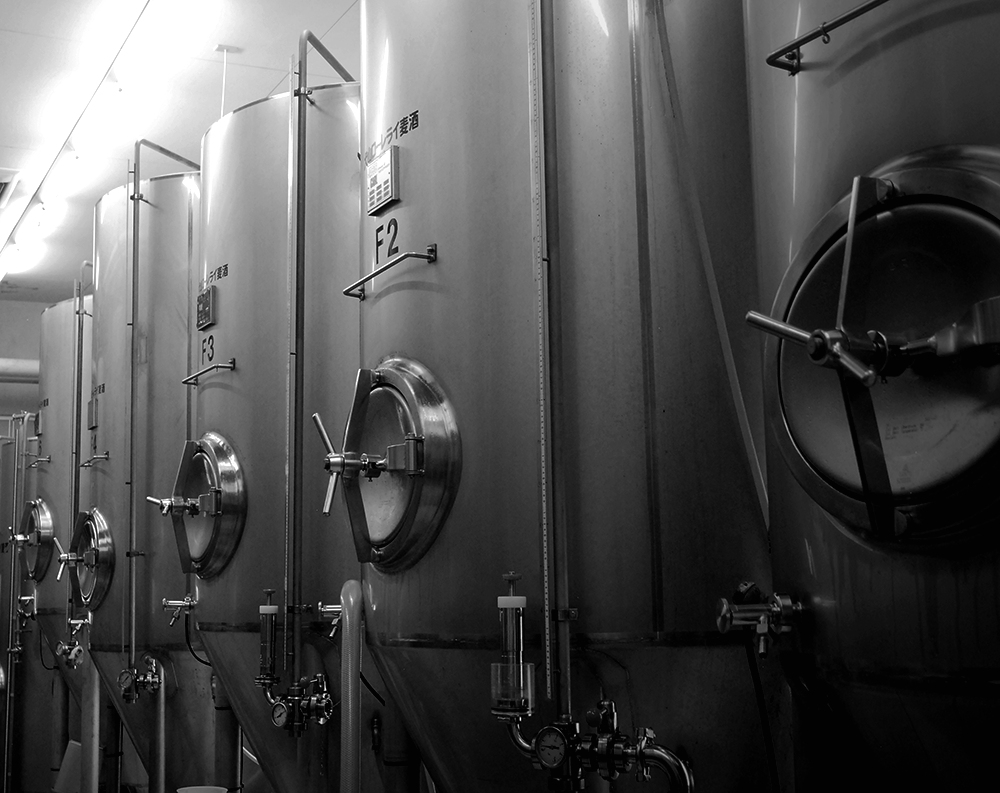 How about having a good time with good beer and delicious food ?

We prepare buffet lunch every day. From hors d'oeuvre to dessert, special food will be served with our best beer. We also have various party plans for dinner according to requests. A shuttle bus is for free, and we are looking forward to your coming for all sorts of gatherings. 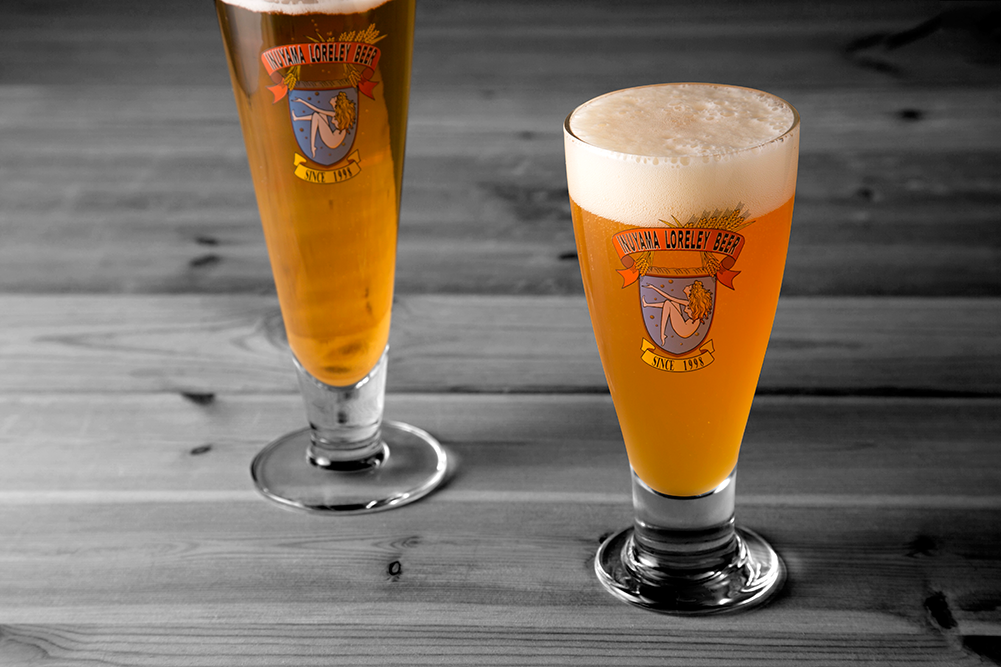 1848 The first brewer, Yoshino Shin'emon, takes over brewing stocks from Heizaemon of Tsukugome Village (present-day Ichinomiya City), Nakashima County, and starts making sake.
1869 Yoshino Shin'emon, the second brewer, receives the brewery's seal of approval from the Owari clan.
1870 In place of Etsutaro Yoshino, the third brewer, who died prematurely in his twenties, his wife, Tomi, ran the brewery to support their son, Miyaichiro, when he was still a child.
1884 Yoshino Miyaichiro, the fourth brewer, receives a liquor license from the Empire of Japan.
1909 The company is reorganized into a limited partnership, Yoshinoya Saketen.
1921 The fifth brewer, Moji Yoshino, reorganized as Yoshino Sake Brewery.
1953 The company is reorganized as the Koyumitsuru Sake Brewing Company.
1987 The 6th brewer, Atsuo Yoshino, released a bottle of Inuyama Castle to commemorate the 450th anniversary of the castle's construction. He received a haiku from Mr. Masatoshi Naruse, the 12th lord of Inuyama Castle.
1998 Lorelei Barleywine was launched. Inuyama Lorelei craft beer restaurant was opened.
2006 Lorelei's brewery was burned down in a fire, but with the help of other brewing companies in the prefecture, the business continued.
2007 We released an old sake called "Kohaku sui" which escaped being burned down, and it became very popular. 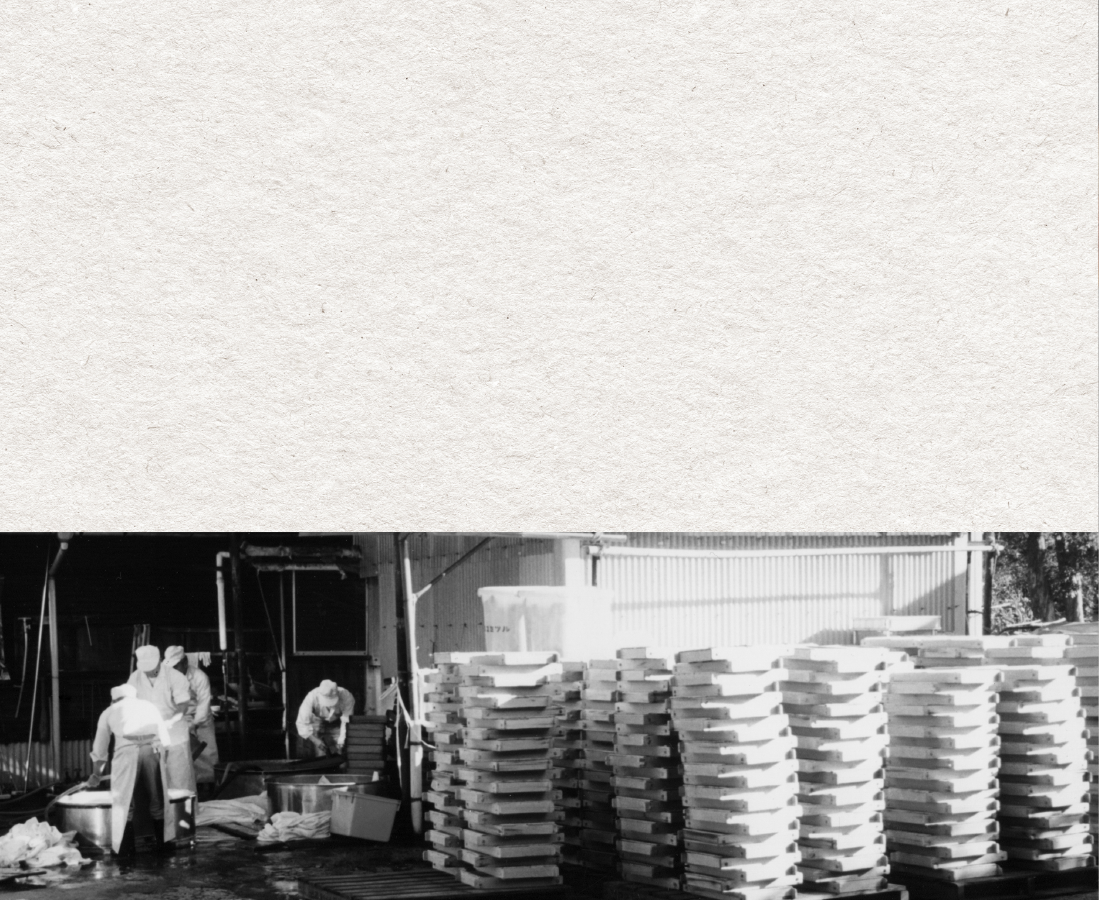